20 lessons the first year of motherhood has taught me 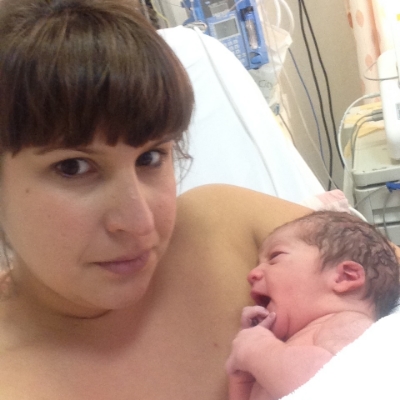 And yes, I took a selfie to prove it.

I went for a check-up and was told that our daughter’s heart rate was on the low side, so the doctor ‘suggested’ that we go to hospital for an induction. When someone in a white coat suggests you do something, you do it, especially when there’s an unborn baby involved. I won’t tell you my birth story, but I’ll tell you this; being induced was fine for me, I took all the drugs and had Phoebe naturally around 4.30pm the next afternoon. 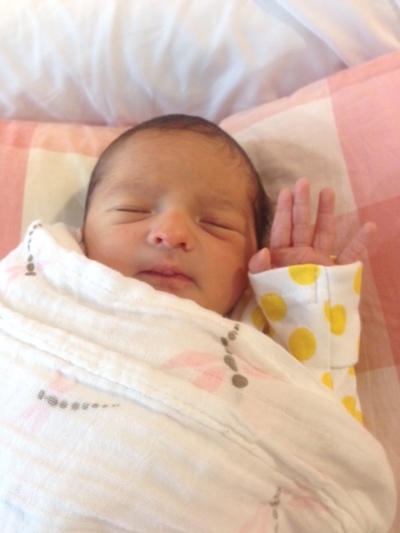 I’m feeling really emotional about her first birthday (admittedly, I am pretty much inconsolable on my own birthday, so it’s not totally unexpected). As a new mum, you can’t help but reflect on not only the first year of your child’s life, but on your first year as a mother. Let’s just say that I cried in the shower this morning, and not just because I accidentally saw my stretch marks.

This is what the first year of motherhood has taught me…

2.        Whoever designed baby clothes with buttons up the back needs a bullet.

3.        Hormones are POWERFUL. They’ll make you believe your child is the most exquisite creature in the world (even if she looks like a skinny monkey princess) while also turning you into a mess who cries at everything, from someone beeping their horn unnecessarily to watching a man sweep the food court (guilty on all counts).

5.        I’ve learnt a lot – fast: how to breastfeed (and WhatsApp while doing it), swaddle, come up with 45 creative verses of The Wheels On The Bus, get ready to go out in the time it takes Taylor Swift to sing Bad Blood and Wildest Dreams, the real, true importance of Spanx, and that toast is an acceptable dinner at times. Plus other things that I can’t remember because…

7.        If you don’t make time for yourself now and then, there’s a danger that you’ll become a martyr to your family – and a bit boring.  Self-care is not selfish.

8.        Friends have never been so crucial, from commiserating over a rough night to knowing the importance of a seemingly tiny breakthrough.

10.  Finishing a book is now a major accomplishment. I used to be a voracious reader, now I choose books based on the likelihood that I’ll be able to make it to the end.

11.  In some ways, everything has changed, but I’m still me. I’ve lost a bit of myself, and I’ve gained so much, but I’ll always be me. Just because I drive a Volvo estate with a ‘baby on board’ sticker doesn’t mean that I can’t listen to Smashing Pumpkins on its stereo.

12.  Baby weight is a bitch. And breastfeeding made me put on weight (well, eating jam sandwiches and Weetabix to satisfy an enormous appetite did).

13.  All mums are just trying to do their best. Generally speaking (for there are, indeed, some exceptional wenches out there), any judging you might encounter usually comes from other people’s insecurity.

14.  I’m seeing my husband in a whole new light – to watch him holding and playing with our baby is incredible. And I also marvel at his equally incredible selective hearing during the wee small hours when the baby is screaming the house down. Miraculously I haven’t suffocated him with a pillow when he comments on the baby sleeping through the night when she didn’t.

15.  Babies are resilient and tougher than they look; they will fall down, fall off things, bump their head and bawl. Every parent has a story. I can’t bring myself to share mine, but it involved us both lying on the floor crying.

16.  This too shall pass. Whether it’s a sleepless night, hysterical crying in the car, illness, teething or tantrums, good grief it’s bleak at the time, but it’s only a stage. Hold on to that. As Caitlin Moran says in her book How To Be A Woman, “The parallels to war are multiple: you wear the same clothes, day in, day out; you keep saying, hopefully, ‘It’ll all be over by Christmas’; it’s long periods of boredom punctuated by moments of sheer terror; no one seems to know what’s really going on; you will only talk about the true realities of your experiences with other veterans; and you often find yourself lying in the middle of a field in France, at 4am, crying for your mother.”

17.  You don’t know panic until you realise you’ve left the house without dummies/nappies/wipes/the baby.

18.  It’s ok (and encouraged) to accept help when it’s offered. You might need it more than you realise. And you shouldn’t be afraid to get real help from a counselor, who you can talk to without fear of judgment or self-censorship.

19.  I have a seemingly endless supply, a lake, an effing reservoir of love that I didn’t know existed until I had a child.

20.  My body will never be the same again. My mind has been altered forever. My heart has been split wide open for all to see.

Happy first year of being a mum to me!