5 reasons why you should see Inside Out


Why on earth am I watching children’s films out of choice when I have years and years of them ahead of me? Excellent point. But then, Inside Out is an excellent film. Pixar’s latest star is Riley, an 11-year-old girl who moves with her parents to San Francisco, uprooting her happy childhood. It’s then up to her emotions (Joy, Sadness, Fear, Anger and Disgust) to navigate the changes – all well and good, until Joy and Sadness accidentally leave Headquarters.

Here’s why you – and your children  – should see it:

1. The female lead. The first since Brave. Bravo Pixar. And Riley has hobbies that don’t include playing with dolls, namely ice hockey. Girls dig sports.

2. Pixar really is at its best – this film looks fantastic. As the characters run riot in Riley’s imagination, you’re treated to dazzling, visual effects to make your heart sing.

3. You’ll probably have a bit of a cry. It has the same emotion and human warmth as UP – that marriage montage made me cry too. A lot.

4. You’ll definitely laugh. The actors include Amy Poehler (side note – her book isn’t as good as Tina Fey’s), Bill Hader and Mindy Kaling, so there’s a great mix of kiddie-friendly goofiness and grown-up chuckles. Phyllis Smith’s Sadness stole the show for me – a gloomy, lethargic, rain cloud of a girl that you want to smack and cuddle at the same time.

5. Children will learn an important (and complex) truth; Joy and Sadness are allies. They also might learn a bit about the brain: imagination, memories, the subconscious and abstract thought are all explored, with the film’s message booming loud and clear – we all just want to be understood.

And in true Pixar style, the short film screened before the main movie is all kinds of awesome. Lava is about a singing volcano looking for love. I don’t think I need to say more. Sneak peek here.

I’ll leave you with this quote from Fear, which every parent will appreciate: “We did not die today. I call that an unqualified success.” Survival is the name of the game, folks!

Here’s the trailer, featuring one of the greatest songs EVER, More Than A Feeling: https://www.youtube.com/watch?v=Yr3tv1hW1gg

Inside Out is showing across the UAE in 3D and 2D (we wore the silly glasses and didn’t get a headache for once). 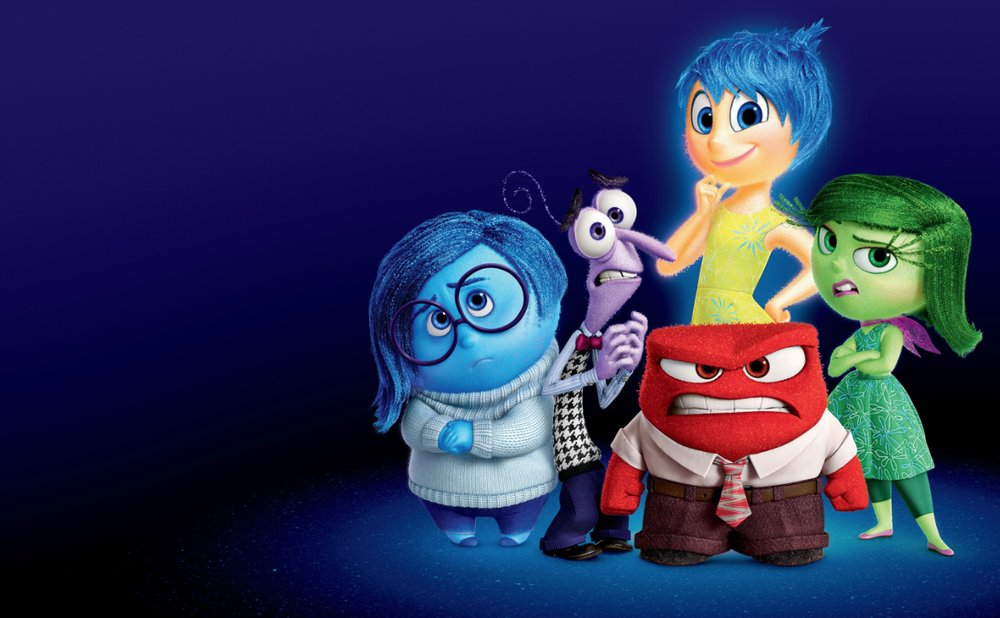