Why I have quit my dream job 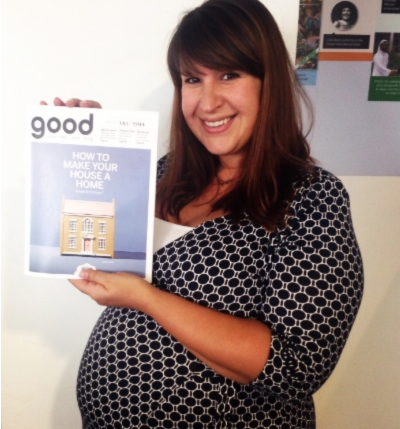 This feels like a break-up, and even though I’m the one ending it, I’m still heart-broken.

Three years ago I was about to launch a magazine, working long hours fine tuning everything from how the page numbers would look, to our very first cover feature, pouring years of publishing experience into a project that would have my face in the front. I was, in short, doing what every aspiring journalist dreams of – creating a title that I would run.

A lot has changed in those three years, but there have been some constants; I have adored my dedicated, passionate team who have shared my vision throughout, I have stood by the editorial integrity of the magazine and its unique voice, and I have loved meeting so many wonderful people, whether interviewing international experts, or a chance encounter with someone starting up that we could help.

And deciding to leave hasn’t been easy – it would have been a lot easier, in fact, if I was working on a title that meant nothing to me, if I hated my boss or was made to work endless hours with little reward. None of those are true.

What is true, however, is that I need more flexibility in my schedule to fit in with having a one-year-old daughter, and it’s pretty darn hard to edit a magazine unless you’re all in. As I discussed in a previous post, having a baby has made me better at my job, making me more efficient and focused, and amping up my ambition – a surprise side effect – but I feel like I need a new adventure. That sounds like such a cliché…

Resigning was horrible. Truly. I cried. Deeply unprofessional, but a real reflection on what a wrench it will be to leave a company where I have worked for six and a half years, alongside really REALLY awesome people, and had a blast. Seriously, from interviewing my heroes to reviewing hotels in the Maldives, it has been a dream gig. But it’s not enough. After years of being attached and associated with the same role, I’ve been blinkered to other prospects, and I suspect have been overlooked too. It’s only when I thought about leaving my job did I recognise the myriad of opportunities that are (hopefully) awaiting me.

I’ve missed learning and challenging myself, so it’s time to go it alone for a while. Well, that’s not strictly true – I’ve been asked to stay on part-time at the magazine for a few months, working from the office one day per week, which suits me perfectly. In that time I’ll be working hard to build up freelance writing, editing and radio work, as well as putting more time into The Mothership. Please keep reading! And I’m hugely grateful to the company for this flexible approach – something many UAE businesses need to improve on to better accommodate working parents.

I’d be lying if I said that being a mother hasn’t changed my outlook on work, and the balance all working mums are trying to achieve. I’m very lucky in that I’m in an industry where I can freelance, do project-based work and be productive from home, whereas some people (air traffic controllers, for example…) are very much tied to their desks and other peoples’ schedules.

Phoebe is at an awesome age, where every day something changes or develops, and I don’t want to miss out – and let’s face it, I’m probably going to be toiling away until I’m old and grey(er), so taking a non-traditional approach to work (eg not aldeskso 9 to 5) for a few years might make a lot of sense. I could tell you about how heart-breaking it is to say goodbye to her in the mornings – especially now she blows kisses as I leave – or how I sit in the car outside the house when I get home, dealing with emails so I don’t have to do that when I’m on mum duty, but every working mother knows what that’s like. It’s rough. 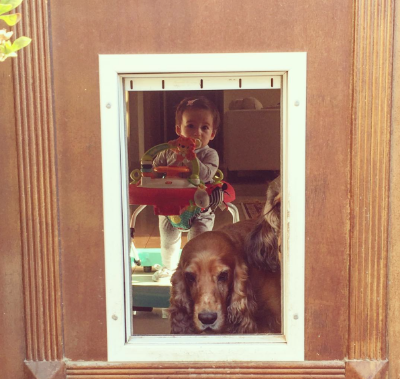 I’ll still be a ‘working mum’ (I love what I do, and nappies aren’t cheap), but I’ll be working in a different way that allows more time with our daughter, plus I write better at night.

Who knows? Maybe within a few months I’ll be desperate for routine, missing the camaraderie of my colleagues and the security of a regular paycheque, but for now I just need to explore the alternative.

13 responses to “Why I have quit my dream job”