You give me road rage: the 10 worst offenders on Dubai roads 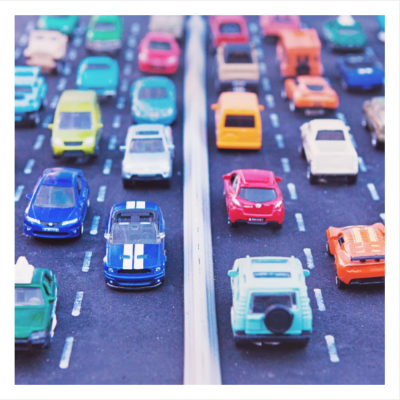 I don’t use the C word often, but there are some real clowns on Dubai roads at the moment. Maybe I’m noticing it more because my baby is often on board, and with seriously precious cargo I feel a bit more vulnerable, it’s possible that the quality of driving is getting worse, or perhaps after nine years in the UAE I have finally run out of patience, but I’ve had enough. With a recent study showing that ‘sudden lane changes’ are the main cause of fatal car crashes on our roads, I wanted to outline some of the other gripes I – and no doubt many of you – have with Dubai drivers.

Whether it’s cutting in front of you without indicating, or failing to let other drivers know that they’re about to turn into a junction you’re waiting at (so you sit there like a wally) I truly don’t understand the UAE’s aversion to indicators. Are they not taught by driving instructors? It’s the ultimate arrogance – they’re basically saying that their car is more important than yours, and you can adjust to their driving. Extra clown points if they do a six-lane swerve on the highway, with not a flashing yellow light in sight.

I had a bad car crash in my early 20s when the van behind me ploughed my car into the one in front, so I’m understandably a little twitchy about there being enough space between vehicles. Try to leave a gap of more than two metres, however, and some moron will see it as their chance to get ahead – especially common in crawling traffic. My favourite thing is to watch them cut in front of someone else, make a poor lane choice, then merrily sail past them.

Speaking of lanes… Those white and yellow lines? That took ages to paint on, and a few of us make an effort to drive inside? They are not a suggestion – they are to be obeyed. Cruising along with your car straddling two lanes is guaranteed to make the red mist descend, with the second most common outburst in my car being ‘PICK A DAMN LANE!’. 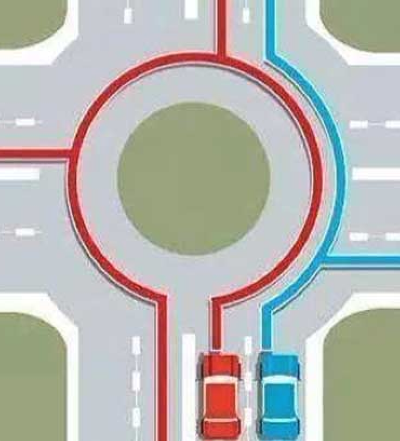 How to use a roundabout in Dubai e.g. not as difficult as you might think…

The most common cry you’ll hear from me is ‘THAT’S NOT HOW ROUNDABOUTS WORK!’ – people don’t give way to the left, they change lanes mid-junction, turn off from the wrong lane, randomly brake while they make a decision, block the junction, cut off other drivers and generally don’t understand what each lane is for. I’ve included a helpful illustration above. Please share. Please. I beg you.

In the UK, a flash of the lights from a fellow driver is the vehicular way of saying “After you, my good man/woman, I insist”. In the UAE, however, they are used most often to mean “Get out of my way before I mow you down – I’m coming to get you and don’t care if there’s nowhere for you to go. I’m king of the road, and don’t you dare disrespect me by not doing as I tell you”. Or something like that. My favoured technique is to stay exactly where I am, driving about 10kmph below the speed limit and let them get angry. Don’t give in to bullies.

I don’t really understand why speed cameras are so visible here. Surely it makes more sense to hide them and catch more people, rather than encouraging drivers to slam on the brakes when they spot one, then put their foot down as soon as they pass it? Anyway, speeding is a big problem (too many powerful cars, too many big egos…) and while fines do help, I’d like to introduce financial penalties based on the value of the car – for lots of drivers a mere Dhs600 is not enough to put them off. On this basis, with my battered 2007 Volvo I’d be paying about Dhs25 a time.

Equally unsafe is driving too slowly, making cars back up, and leading to dangerous overtaking (no indicating again…). And remember, the outside lane is for overtaking, and the slow lane is for exiting. Simple.

It’s very straightforward; if you love your child then you want to keep them safe, and in a moving piece of metal, that means strapping them in – guess what – whether they like it or not. As the parent, you’re the boss, so act like it. Also, it’s not just dangerous for your children when they’re running wild in the car, if they’re distracting the driver the situation can turn very nasty for other people on the road. A friend, who shall remain nameless, now pulls up alongside those who don’t strap their little ones in, winds down the window and asks “Is it the blood money you want?”. Horrifying, but fair.

I need to exit a busy road and know that I need to be in the right-hand lane in advance. I dutifully move over, traffic slows as the exit approaches and my fellow sensible drivers and I wait patiently. Then some moron decides he’s too important to do that, bombs along the queuing cars and cuts in, right before the exit. Or worse, drives like a maniac up the hard shoulder. Guess what? If you miss that exit, you’ll have to take the next one, like other people. It’s not the end of the world. You’re not that special. Disclaimer: if a woman if giving birth on the back seat of your car I’ll forgive you. And I do love it when the drivers waiting work together and block out queue jumpers. Stay strong, brothers.

Ooh, flashy lights, how exciting, let’s all stop and see what’s happened, even if it’s on the other side of Sheikh Zayed Road. No, let’s not. And invariably it’s someone who’s car has a flat battery and is being loaded onto a recovery van. Aren’t you pleased you waited 20 minutes to see that? To be fair, I do love it when after the accident site the road empties out and I can drive at a normal speed again.

Okay, I feel better now. Did I miss anything?

4 responses to “You give me road rage: the 10 worst offenders on Dubai roads”